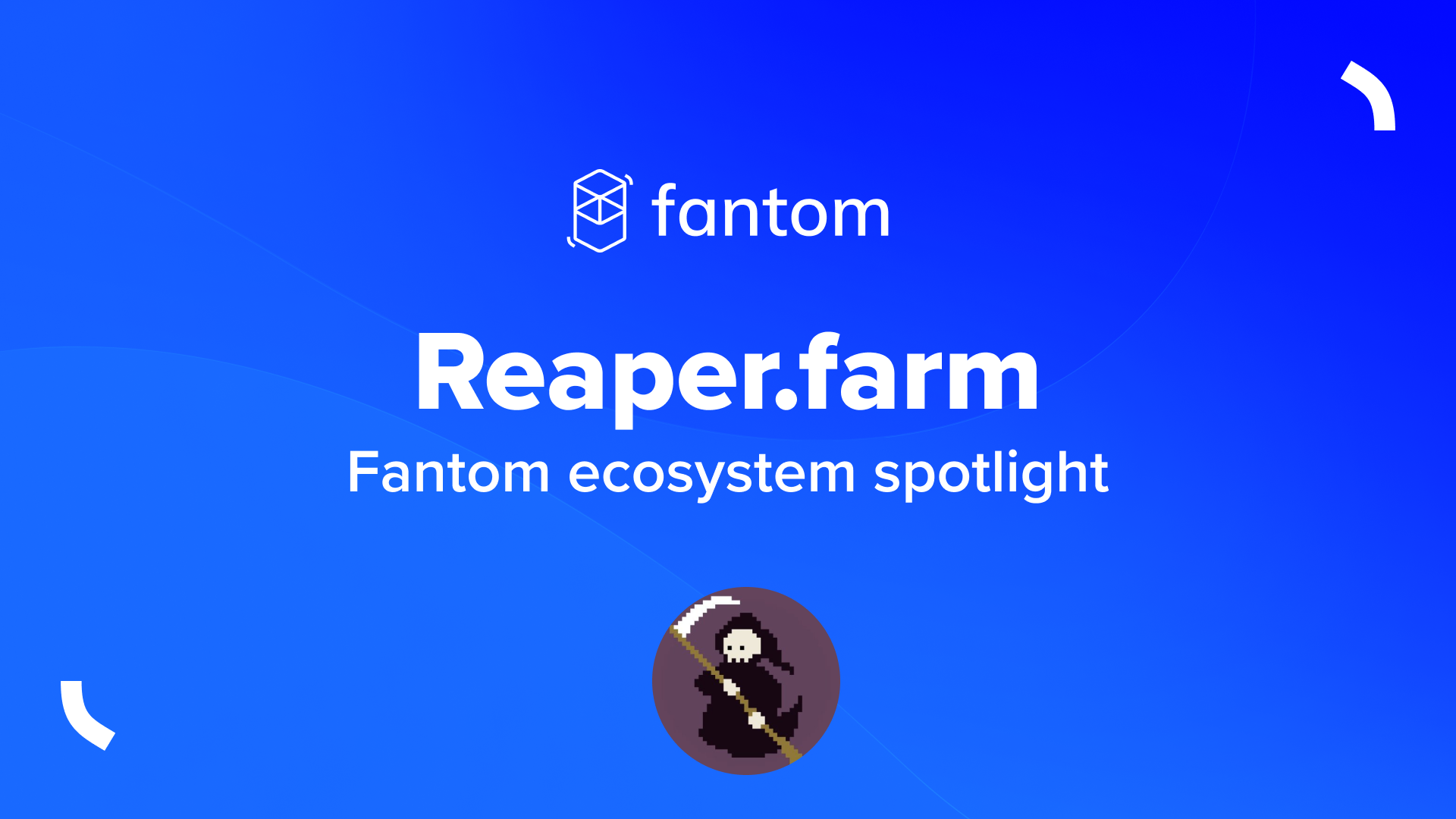 We recently caught up with Justin, one of the co-founders of the innovative and popular Fantom yield aggregator called Reaper.farm. Justin exemplifies the incredible talent and ambition that we find in builders across the Fantom ecosystem, many of whom have been with us since just after mainnet launch.

Meeting Justin, we were struck by his imagination, drive, and concern for the safety and protection of investors in the new world of DeFi. Oh, and for DeFi veterans, he also spilled a few tasty breadcrumbs on Reaper V2!

On its surface, Reaper is a simple yield aggregator. You deposit your tokens, and our software compounds them into more tokens. Wash, rinse, repeat.

What’s allowed us to gather such wonderful people around us goes much deeper than the Reaper app, though.

We offer a vibrant community of experienced DeFi users and engineers that are accessible almost any time, and we strive to make your experience on Fantom as simple and positive as possible.

2. How do you introduce Reaper to a novice or someone who knows relatively little about DeFi?

I usually introduce Reaper by explaining the power of compounding interest. Sometimes I mention Albert Einstein, who called it the 8th wonder of the world. Many times, users are compounding themselves without even knowing that’s what they’re doing – it’s a pretty simple and natural thing to do that Reaper simply automates. We have bots that perform about 17 transactions every 30 minutes or so, saving users a ton of time and maximizing their profits.

Believe it or not, we’ve onboarded our friends and family members on Reaper. We try to explain impermanent loss and yield farming to them, but it usually goes in one ear and out the other, so I generally stick to telling them how to stay safe and what makes the huge yields possible.

3. How did you come up with Reaper/what was your inspiration?

First of all, we were seriously tired of using our competitors’ platforms because they’re basically black boxes. You have no clue what your money is doing in them unless you meticulously track your token balances, and the transparency is seriously lacking. Abysmal UX.

We figured it would be pretty easy to make a kickass yield aggregator and that it would allow us to forego venture capital or traditional startup incubation while we built out our crazier ideas. A few sleepless weeks later, and Reaper V1 was born.

We were all buddies way before we started our company. I found out Goob and Crow were computer programmers while I was trying to start up Byte Masons, asked them to join me, showed them the ropes, and now we’re here.

The Crow is a computer scientist and brilliant front-end engineer, Goober is a computer systems engineer and security monster, and I mostly just love software architecture and programming. We’re a small but well-rounded team that hopes to make some software that will inspire people.

5. Why did you decide to build on Fantom?

I’ve been a Fantom community member for over a year now and spent almost the entire time studying and practicing to build on here.

I was working full-time during COVID as a data analyst and spent all my free time studying programming. I listened to programming books on Audible while I worked, poured over Design Patterns, Knuth’s The Art of Computer Programming, and Sussman and Ableson’s The Structure and Interpretation of Computer Programs afterward, and then dumped hundreds of hours each month into building and testing practice projects. All for this.

What cemented my commitment to Fantom was reading Andre Cronje’s early papers. I was determined to get on his level one day, especially since his focus has historically been on Ethereum. I’d definitely say I’m his contemporary. Of course, I’ve got quite a bit of proving myself to do before I’m on his level, but we’ll see where we’re at this time next year. I really appreciate his approach to building business and software. It’s pretty gangster.

6. How did you learn about Fantom?

Defi Summer was kicking off in 2020, and I was getting super interested in triple-entry accounting systems. I tried using Ethereum and hated the high fees – I remember spending $70 on gas trying to buy some Gods Unchained cards. It felt bad, especially for a beginner like me.

I found Fantom in the Technology section of Weiss Crypto Ratings, did some research, and was hooked. It seemed super undervalued and a great way to get started in the world of crypto. I didn’t know at the time it would become my entire life.

7. How was your experience of building on Fantom?

Flawless. I love that the focus is on EVM primarily because that’s what all the dev tooling is for. I can use Hardhat and Ethers.js without making any changes, or when I’m feeling masochistic, Truffle and Web3.js.

As I got more experienced with Ethdev, I came up with a single rule that governs all my crypto-related financial decisions: if it’s not EVM, then it’s not going to stick around. There’s a lot of good tech out there like Near and Avalanche, but ask any user what their experience is like using them – too much friction! None of that exists on Fantom because the primary focus is EVM, and we benefit from a massive catalog of open-source code that works straight out of the box.

When the mission for FVM really coalesced and became public, it validated my commitment to the network. “Everything you love about EVM but… better.” I’m super pumped about the future of the network and really love the entire team.

8. What brings you to DeFi, and what excites you most about the space?

With a few skilled engineers, you can run a perfectly secure financial system that would take an army to operate off-chain.

And it’s phenomenally anti-fragile: we’ve got lending systems that can withstand VAR [Value-at-Risk] shocks that would bring every TradFi institution to its knees several times over. It’s just better tech by a long shot, and I feel very lucky to be here so early.

9. How did the community receive Reaper?

The Fantom community has been with us since day 1. We think we’ve helped to build a culture on Fantom that will carry us far beyond every other network – it’s more than just a big money shuffle.

We’re building real value, and I see it every single day. Fantom is the stickiest network by far, and people will continue realizing that. There’s a reason we grow at this rate without needing to hire influencers or give away money.

We’re pretty far along in the development of a few big things at the moment, so I’ll just spill all the beans I’ve got:

For V1, Goober is working closely with SpiritSwap to help inSPIRIT reach its fullest potential. This is a partnership that will create a TON of value. We’re excited for it, and it’ll definitely help us separate V1 from the rest of the yield aggregators out there.

I’m almost done developing our token, which is a novel algorithmic coin designed to capture value in a way I think is much safer and more efficient than anything else that exists currently. Preparing for an audit is all that’s really left, and I hope to have a time estimate by my next medium article in early September (https://0xbebis.medium.com/).

Our artist Reaper Noob is collaborating with Young Seebi of Gantomstones to create a line of NFTs that we’re also really excited about. He’s already finished a ton of awesome art assets, and I’m excited to rev up the randomizer. I’ll let the example below speak for itself:

Once all this is done, we can implement and test the V2 system we’ve designed, which we believe will make Fantom the #1 sidechain for DeFi. Everything we’re doing now is an effort to afford the 6-figure audit invoices we’ll be footing at the end of development.

On that note, I’m not releasing any novel protocol without an audit. When you submit something for audit, if your code is not perfect, auditors are going to focus on your bad code and tell you how to refactor without drilling really deep into integrations. We don’t want anyone getting hurt, so we’re being as careful as possible. This makes us a bit less competitive, but we hope it will allow us to stick around for a long time.

Basically, we’d like to give users easy access to every popular DeFi service in a single application, as well as the tools they need to orchestrate their actions and perform them automatically. We’d also like to create a platform that presents DeFi to users with varying levels of abstraction.

Our main goal is to move away from the monolithic vaults we often see today to create a more flexible system designed with DeFi’s inherent composability in mind that has the ability to upgrade and adapt without the need for rewriting strategies or creating new plugins.

Reaper V1 right now is almost strictly a power-user platform because that’s what we wanted. It’s super heavy on the analytics. For V2, we are thinking about DeFi that everyone, from a portfolio manager or professional trader to our moms, can use!

12. What do you want to say to fellow developers who haven’t started building on Fantom yet?

If you’ve got sincere intentions and a commitment to security, then you’ll get all the support you need to make your ideas a reality. The Fantom community is very technical and encouraging, and community management here is a real joy.

All of your Ethdev skills will also be directly applicable to Fantom development – everything works exactly the same as Ethereum except with way faster and cheaper transactions.

Your users will thank you.

Get involved with Reaper at: 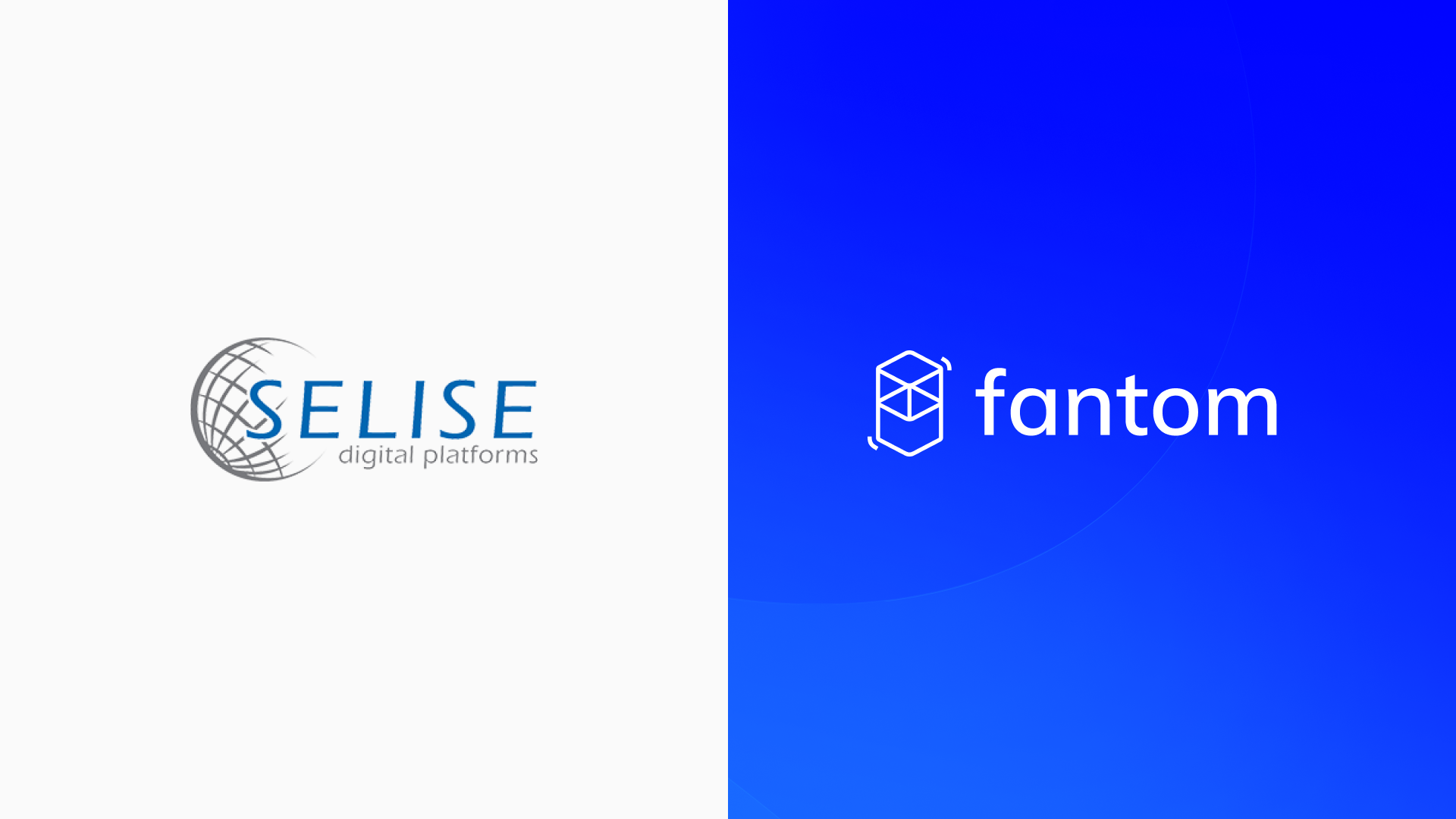